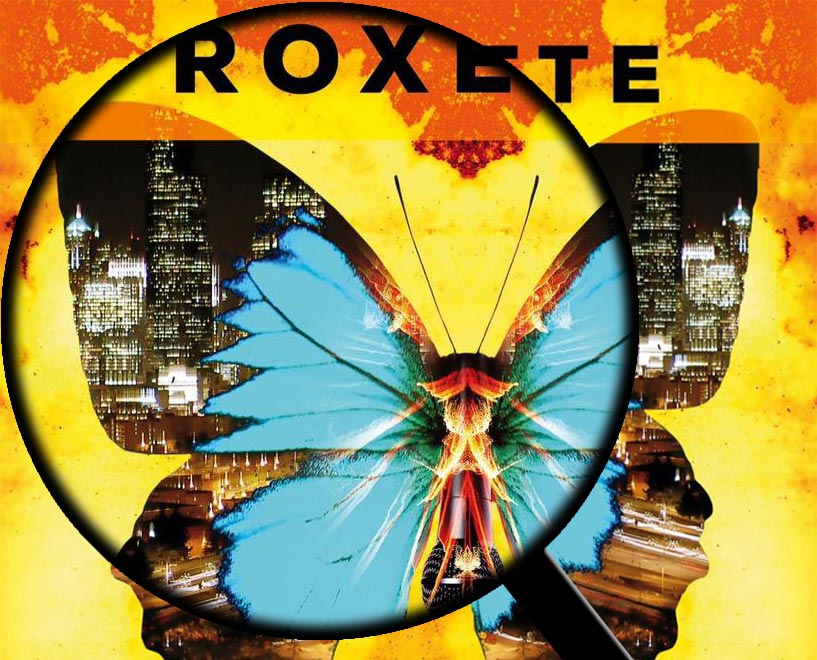 
EDITORIAL – Let’s get the microscope out and take a closer look at what we know so far.


Roxette are alive and well folks and we are just weeks away from the band’s tenth studio album, Good Karma, being released and it’s time to put the sadness behind us and look forward to the exciting times that lay ahead and take a closer look at the story thus far.

Getting your hands on a brand new Roxette album is a cherished ritual and we all have our memories and stories of buying new Roxette albums, whether they be on vinyl or cassette or CD. Did you desperately stand outside your local record store waiting for it to open hoping they’d have Crash! Boom! Bang! in stock? Did you come home one day to find the Joyride cassette on your bed as a gift? Whatever your memories may be, we all recall our “album-buying-experiences”, although, sadly, we now live in the iTunes era – which takes away a lot of the fun.

Nonetheless, let’s get on with the Talking Points for Good Karma.

The Title: Good Karma. A good title is important and thankfully we have a good one. Sure, Good Karma might not grab you by throat like a Crash! Boom! Bang! and it’s not as cheeky as “She’s Got Nothing On But The Radio” and it might not be as catchy as Joyride – but there’s something that just rolls off the tongue with Good Karma. And of course, with the timing of Marie’s announcement to retire from touring, it feels like the title is saying a whole lot more. In a way, for Marie to have been able to have made the miracle comeback of 2009 really cements the notion that this band has had “Good Karma”. This band was dormant for the better half of the 2000s and the fans waited and waited and waited and in the end – we got the unexpected miracle. So in a way, this chapter of Roxette’s career comes to an end with the aptly titled Good Karma. It’s Zen, it’s chilled out, it’s peaceful, it’s simple and in a way, it kinda feels like a full stop. But not in a melodramatic way – but more of a “grateful to have kicked around for 30 years” kinda way. Really, could they have chosen a better title to put a full stop on this chapter? So that’s an exciting thumbs up and it really makes up for the disappointment of the band being forced to ditch the cool title of Tourism 2 in place of Travelling as per their record company’s request.

The other point to note is that “Good Karma” is an actual song! Who’d have thought? Not since Crash! Boom! Bang! has this happened. We nearly had it with Charm School but that track fell off that record and it instead got a facelift as “Touched By The Hand of God” and popped up on the Travelling album. Will this be the first time that the title song won’t be released as a single? This is new ground for Roxette – we wait and see.

The Sleeve: The second Talking Point is that we have a sleeve. Again – thumbs up! The butterfly is cool and the bright yellow certainly stands out. This is a bright, contemporary cover! The imagery feels modern, slick and fresh and it’s what we needed after… “the bus”. And let’s not forget the colours used on the cover of “It Just Happens” – the blue and hot pink are striking and catches your attention. Roxette have chosen a clear visual theme with this album and the butterflies seem to be a positive, uplifting choice – a nice tie in with the title. A pattern is emerging here.

The Song Titles: We have some very unorthodox song titles on this new album. Titles such as “Why Don’tcha” and “20 bpm”, aren’t exactly classic Roxette-ish titles but therein lies the excitement – we’re intrigued – who knows what to expect from these songs? And the fun part of all this is that the song titles can fool you. Was anyone else convinced back in 1994 that “Crash! Boom! Bang!” was going to be a rib-cracking, guitar-smashing, rock song? Who knows, for all we know, “20 bpm” could be a ballad and “Why Don’t You Bring Me Flowers?” could be the “She Doesn’t Live Here Anymore” of the album?

The Single: “It Just Happens” – we have a brand new Roxette single! Per broke the news in an exclusive interview with TDR that the new single will arrive in April. He was right… sort of. Right month, wrong year. April 2015 was the plan, but here we are 12 months on… but who’s counting? The song is a loud, bombastic, modern ballad with Marie on the lead chorus. It’s nice to hear Marie’s soaring vocals, especially in light of the recent news.

The Video: There’s an actual video coming for “It Just Happens”. The lyric video works really well – so it’s a real treat to know there’s an official video coming too! Obviously the crazy big budget days of the “Spending My Time” style videos are over, so we probably need to have reasonable expectations as to what the final product will be – but still, is it just me or does anyone else feel like an 8-year-old in pyjamas waking up on a Saturday morning and tuning into your favourite music video show to catch Roxette’s new clip? We all know where we were when we first saw that red Ferrari powering through the Mojave Desert! Will we ever get a video after this one featuring Marie and Per in it? Who knows, so let’s have some fun with it – this could be their last.

The Summary: So, to repeat. Album title? Check! Cover? Check! Track list? Check! Video? Coming soon! And even Marie thinks this is their best album ever! What are your feelings? Share your thoughts below and let’s get the discussion going – and here’s to Good Karma!