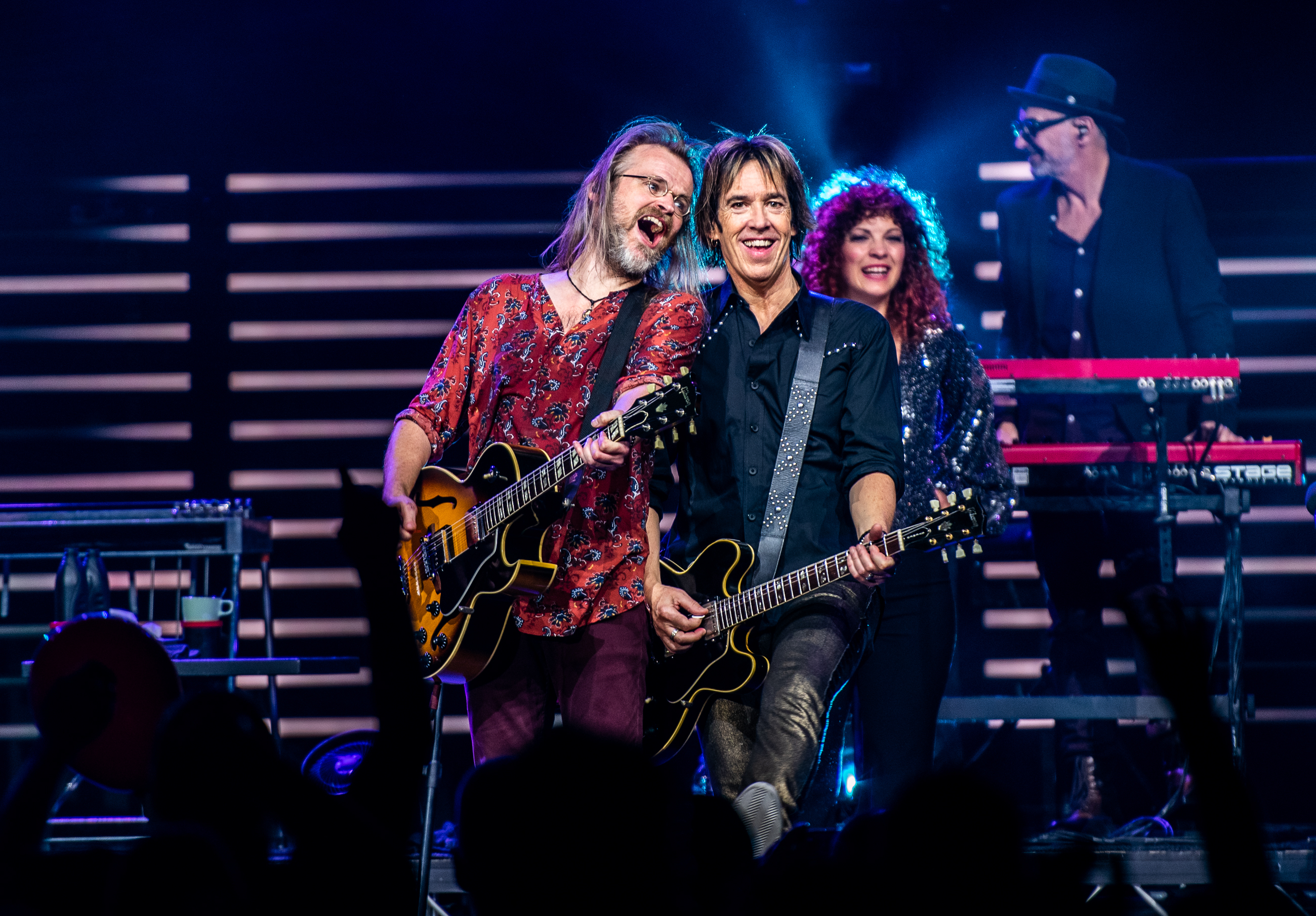 
A couple of shows have passed since my last article, time to dig deep into the topic again. Let’s talk about Warsaw, Berlin and something very important.

Per Gessle about his tour: I’ll sail on. The water’s deep but exciting

A third of Per Gessle’s Roxette tour is over by now. Time for the “Ultimate Question of Life, the Universe, and Everything”, you would think. No, instead we asked Per about the tour, of course.

Read the full story...
Oct 22, 2018 •
Details
I think I’ve said it before, on this tour no two concerts are the same. Yes, the setlists haven’t changed but I don’t care about setlists. This year, the whole tour has something else written all over it, and it became obvious to me after TDR’s latest interview with Per: It’s all about chemistry. You’ll see.

The concerts in Warsaw and Berlin could not have been more different to each other. First of all, the venues. While Warsaw came up with a vintage cuboid which made you feel you’re in an underground rock club, Berlin welcomed its guests in a former stage theather with red seats and golden ornamentation. Warsaw was half full only (thanks to ticket prices that the average Polish worker would hardly be willing to spend on a regular basis), Berlin was actually almost sold out. The Polish audience was a little younger than the people in Berlin. And they were louder, which had an immense impact on the band. Can you imagine you’re screaming something to the stage, and the band actually replies to you? That’s what happened in Warsaw! While Per and Helena gave their best to pronounce popular Polish tongue-twister such as the Polish version of Thank you, the audience cheered back and celebrated every single one on stage. You sometimes had the feeling, there were more talks than music, which of course wasn’t the case. The stage was rather small, so the band was closer to each other and with the feedback they got from the audience, a very special atmosphere filled the black room. Everything suddenly became less formal, it was almost like a private concert at someone’s home. The band got loud, the audience even louder (Polish people certainly know how to celebrate). Hard to describe this in words. You should have been there.

Berlin on the other hand was what I call more of a regular concert. The seats were a joke, everyone stood up as soon as the music began and never sat down again. There was cheering, Per was in a great mood and so the band fired off one song after another. Perfect show, the audience was loud, sang along, clapped their hands, brought a lot of balloons, it was a great party. Before the show, I talked to some people who hadn’t been on this tour yet and I promised them they would get something totally new if they’re ready for it. Haven’t received any complaints since then!

So here we had two great shows, one very different from the other one. What’s the secret? It’s the chemistry. The chemistry between audience and band, between Per and the musicians, among the musicians themselves and of course among the people in the audience. In Warsaw, the audience consisted to a great extend of hardcore Roxette fans, Berlin had their fans too but because the venue was bigger, they were the minority. You may think the band wouldn’t care? Wrong! While they will always perform a perfect show for you, an audience in extacy will give them this certain extra kick to make the show go through the roof. If you ask me what I prefer, the big stadium shows or small clubs, I’d always vote for the clubs, and I think this could be a proper way for the band to go in the future. It would be a pity to watch them from 100 m away. No, you want to be close to the stage, you want to see what’s happening on stage because here comes the thing that apart from the music makes this current band stand out: The interaction between the musicians on stage.

You know, normally a live concert of other bands looks like this: The singer sings, runs, sings, runs etc. The guitarists play their parts, some get a solo somewhen during the show, some don’t. The bass player appears to have stepped into a puddle of glue so he wouldn’t move for the next two hours. And the background girls stay in the background. Forget that concept when you watch the new Per Gessle’s Roxette. I have never seen so much activity on stage as in this tour. Except for the drummer (for obvious reasons) and Clarence, no one stands still. Whenever they can, they gather on one side of the stage, perform cool posings, cheer to the audience, seem to make fun of each other all the time, they burst out in laughter, they jump, they run, they hug, they kiss, they pose for photos, everything you could ever wish for. The best thing is, it all comes totally natural and everyone is involved. Even the audience.

This great, great mood on stage is then spilling over onto the audience. You just cannot fight this. You simply have to smile, people dance, move to the rythm of the music. You get happy. Try it too, while you can.

It’s kind of funny that now the Roxette project came back to it’s very origin. The band the name Roxette actually derived from:

Thank you, Dr. Feelgood (From now on consisting of: Per, Helena, Malin-My, Christoffer, Clarence, Magnus, Ola and Andreas)!

Please enjoy these various photos of a very heart-warming and very special band. More photos of Warsaw and Berlin will come soon in a separate article.