﻿
There are now 24960 entries in ★ THE DAILY ROXETTE ARCHIVES! Check them out!
www.dailyroxette.com/archives
★ TDR Archive for October 29th, 2020
﻿
www.roxetteblog.com
Per Gessle – On Top of Billboard

Only 18 people have ever, as the sole songwriter, had more than two No. 1 hits on Billboard’s Hot 100 list. This was announced by Billboard where they also listed all of the 18 people who have succeeded with the achievement, since ‘Billboard Hot 100’ was launched in 1958. As Billboard writes, the majority of … Read more 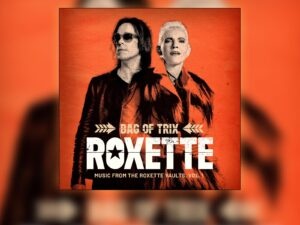 Here comes volume 1 of "Bag Of Trix" - the Roxette collection which presents a total of 47 unreleased or nowadays unavailable recordings: demos, alternative mixes and recordings, Spanish versions, bonus songs plus other fun stuff from the band's long and successful career 1986-2016. Read the full story...
Oct 29, 2020 •
Details
﻿
The Daily Roxette