Roxette to play On the Steps
SECOND & FINAL SYDNEY SHOW ANNOUNCED AS PART OF THE ROXETTE LIVE 30TH ANNIVERSARY TOUR with special guests Boom Crash Opera It must have been love as Live Nation has responded to fan demands and today announce a very special second and final ROXETTE show to be held on the Sydney Opera House Forecourt on Wednesday February 25. This will be a once-in-a-lifetime performance at this world class, iconic venue to celebrate one of music’s most enduring and endearing duo's 30th Anniversary Tour. Legendary Swedish pop-rockers Roxette - Marie Fredriksson and Per Gessle - will be sure to look sharp when they take to the quintessential Sydney location to perform their endless list of hits to fans in one of the most impressive backdrops in the world. “To play this show on the steps of the Sydney Opera House is an absolute honor and is sure to be a major highlight of the tour!” says Per Gessle. The Sydney Opera House Forecourt show will be a high point of the inaugural week-long ‘On the Steps’ series of outdoor concerts, presented by the Opera House and Live Nation as part of the 2014-15 Summer at the House line-up. “We are beyond thrilled to head back to Australia, a stunning country with beautiful fans who have remained some of our most loyal supporters over the last few decades” says Per Gessle. “Marie, the band and I are ready and raring to go with a brand new show full of our hit songs and a few surprises”. Tickets for this special event will go on sale at 10am Thursday, December 11. My Live Nation members can be amongst the first to secure tickets during the pre-sale beginning 10am Tuesday, December 9. For complete tour and ticketing details, visit: www.livenation.com.au One of Sweden’s finest exports, Roxette have a string of much loved hits to their name including: The Look – their juggernaut #1 single from 1989 - Listen To Your Heart, How Do You Do, Spending My Time, Joyride, Dangerous, Sleeping In My Car, Dressed For Success, It Must Have Been Love, Almost Unreal and many more. Selling more than 75 million albums worldwide to date, the band topped the Australian singles charts three-times with smash hits It Must Have Been Love, Joyride and The Look, with five of their albums reaching the Top 10 on the Australian album charts. The band’s come-back began in 2011 with the release of hit single She’s Got Nothing On (But The Radio) lifted from the album “Charm School”. This, along with their sellout 2011-2012 World Tour - taking the band around the globe twice over, playing to more than 1.5 million people in 46 countries - cemented the fact that Roxette were back bigger than ever, much to the joy of fans worldwide. Roxette’s 2012 Australian tour was a triumphant success, with the first arena shows selling out instantly, extra dates added and rave reviews from fans and media alike. “Unless you’d seen it for yourself, you can’t imagine the mass frenzy the return of Roxette caused,” said the Herald Sun. “Roxette’s is a back catalogue to die for,” said Life Music Media, while Tone Deaf raved “Every hit gets a big rock ending, every ballad sees several hundred lighters aloft and we love every moment of this trip back to the '90s.” Supporting Roxette on tour are Aussie rockers BOOM CRASH OPERA, renowned for their high energy live shows that bring audiences to their feet. The band's hits from the 80s and 90s are well-loved to this day and include Onion Skin, The Best Thing, Hands Up In The Air and Dancing In The Storm. Dale Ryder (lead vocals) will be accompanied by Peter Farnan (guitar/vocals), Greg O'Connor (keyboards/guitar), Peter Maslen (drums/vocals) and Ian Tilley (bass/vocals). LIVE NATION presents: BRISBANE ENTERTAINMENT CENTRE                        TUESDAY FEBRUARY 10 PERTH ARENA                                                             SATURDAY FEBRUARY 14 ADELAIDE ENTERTAINMENT CENTRE                        TUESDAY FEBRUARY 17 ROD LAVER ARENA, MELBOURNE                            FRIDAY FEBRUARY 20 WIN ENTERTAINMENT CENTRE, WOLLONGONG        MONDAY FEBRUARY 23 ON THE STEPS, SYDNEY OPERA HOUSE**               WEDNESDAY FEBRUARY 25 (NEW) QANTAS CREDIT UNION ARENA, SYDNEY                 FRIDAY FEBRUARY 27 A DAY ON THE GREEN presents: ROCHFORD WINES, YARRA VALLEY, VIC*                SATURDAY FEBRUARY 21      BIMBADGEN WINERY, HUNTER VALLEY, NSW*         SATURDAY FEBRUARY 28      *with special guests Eurogliders, Dragon & Boom Crash Opera For show and ticketing information, visit: www.adayonthegreen.com.au         **SYDNEY OPERA HOUSE SHOW TICKETS ON SALE 10AM THURSDAY DECEMBER 11 Fan Club & My Live Nation pre-sales: 10am Tuesday Dec 9 until 5pm Wednesday Dec 10 Ticket agent pre-sale: 10am to 5pm Wednesday Dec 10 TICKETS FOR ALL OTHER SHOWS ON SALE NOW For full tour and ticketing information, visit: www.livenation.com.au #roxettelove For media enquires please contact:   Flourish Public Relations Melissa Perrett              Email:[email protected]     Phone: 03 9092 8448 / 0402 726 280         Live Nation AustralasiaFiona LakinEmail: [email protected]: 03 8632 2500 A Day On The GreenChrissie Camp PublicityEmail: [email protected]         Phone: 02 9973 3004
★ Third party content from 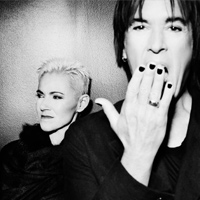 
This article has been syndicated from a third-party website. By following this link:

you'll get to the page this news came from. Beware, you're leaving The Daily Roxette!

As this content has been created by third parties, errors (such as broken links) may occur. TDR assumes no responsibility for links to external sites, over which TDR has no control.
★ Publishing date:
December 3rd, 2014