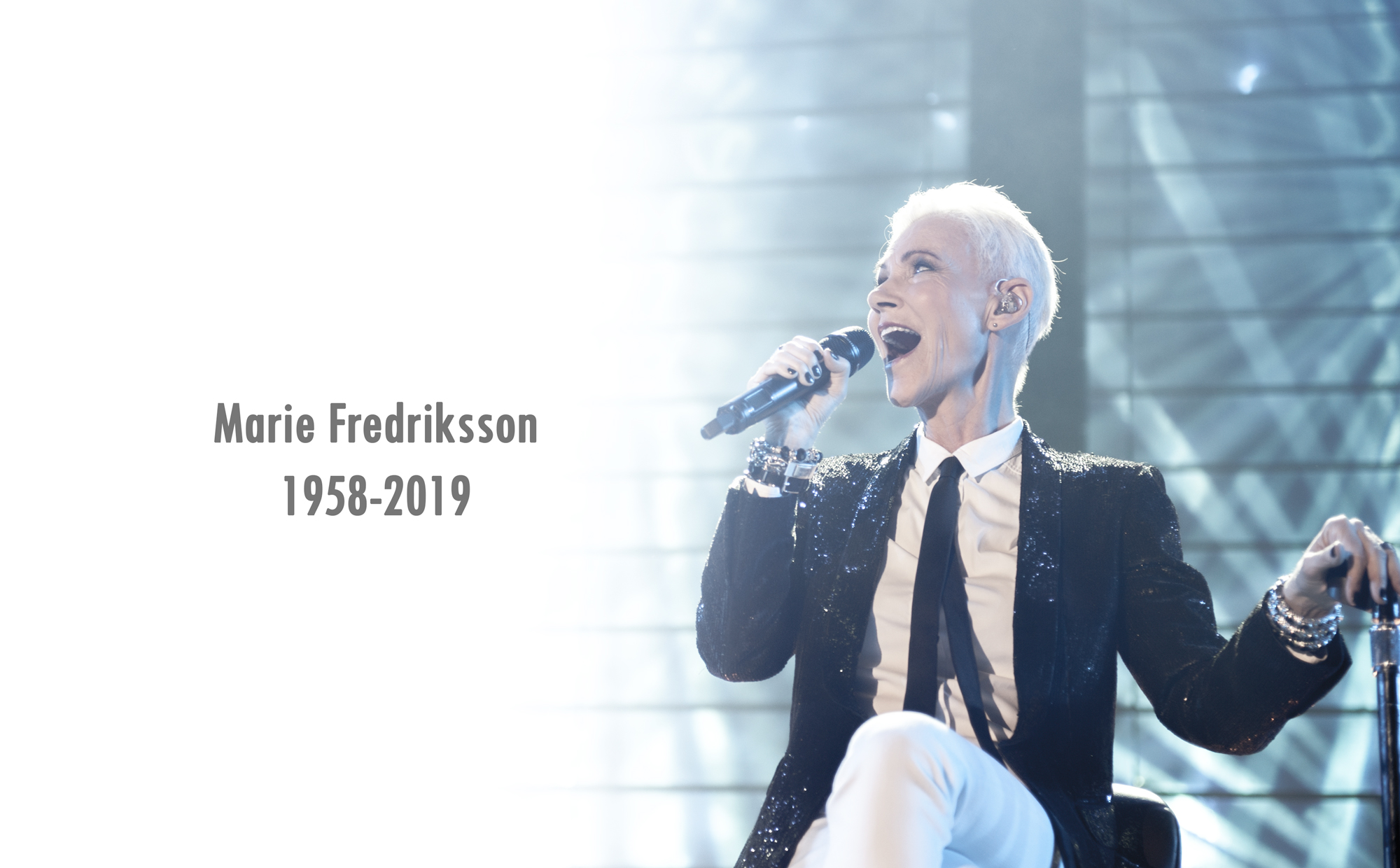 our friend Marie has passed away on December 9, and many, many people in the world are heartbroken and would like to express their feelings. Not everyone can do so on the social media, not everyone can do so by coming to Sweden and signing the official remembrance book laid out in Stockholm.

We want to collect your thoughts, your grieve, but also your finest memories with Marie here. Please write down what you always wanted to say to her, we will collect each single entry of yours, put them into one single book and send it over to Marie’s family to show them how much she made this world better through you.

[All entries made before January 1, 2020 were taken over for the book. You will still be able to add your messages now but we cannot consider them for the book to Marie’s family anymore as it has been printed by now.]

The Daily Roxette had one copy of the book printed early January 2020 and handed it over to Marie Dimberg, Roxette’s manager and a very good friend of Marie Fredriksson and her family, in Göteborg on January 20, 2020. The printed version of the book is nearly 800 pages thick and it has a white cover. Its title “Tack för allt Marie” (Thank you for everything Marie) is written in silver and red letters on its sleeve.
Here you see some quick photos of the book, sadly there has never been a chance to take proper photos of this one copy as it arrived just before the evening we headed to Göteborg for the “En kväll för Marie Fredriksson” show.

If you are interested, you can download a simplified version (the printed version contains a few more blank pages to separate the chapters, for instance) of the book with all entries right here.
The entries are sorted alphabetically by names, this file is also searchable.
Entries with non-latin character sets are at the very end of the book. Most URLs have been removed as they make little sense in a printed book.