﻿
There are now 24897 entries in ★ THE DAILY ROXETTE ARCHIVES! Check them out!
www.dailyroxette.com/archives
★ TDR Archive for July, 2011
﻿
The Daily Roxette

Rox to hit Australia in February

SYDNEY – Roxette will perform at the Sydney Entertainment Centre in Australia on February 17. Read the full story...
Jul 31, 2011 •
Details
﻿
facebook.com/DailyRoxette

This was kind of predicitable since Per has announced further 80 dates in both 2011 and 2012. Roxette – after 17 years – will finally hit Sydney for one very special concert. If it sells out quickly, we at RoxetteBlog.com are sure that more gigs in Oz will be added to the schedule. Roxette is […]

[EDITOR’S NOTE: We’ve added an interview with bass player Magnus Börjeson to this article, click “Read more” to get to that section.] Read the full story...
Jul 29, 2011 •
Details
﻿
www.roxetteblog.com
Roxette’s Norway concert this Friday moved to another location

Roxette’s concert in Haugesund, Norway got moved from Rådhusplassen to Flotmyr. The former location has become an important focal point for the city’s population to gather in grief over the recent terror tragedy in Norway. Artists and organizers show their respect in using a different location. Manager Bjorn Gerry Viksund says in a statement: We […]

Win a new US promo CD! Check The Daily Roxette’s site for details! 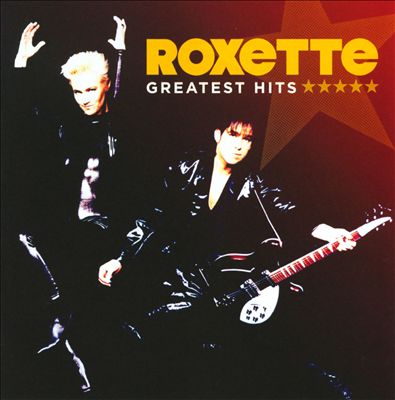 Flickr is almost certainly the best online photo management and sharing application in the world. Show off your favorite photos and videos to the world, securely and privately show content to your friends and family, or blog the photos and videos you take with a cameraphone.

Comment from Per Gessle Gee! Gothenburg! Home turf and we certainly felt at home. Supergig, great crowd, band on its toes, no rain – what more can you ask for? Thanx for stopping by. More than 22.000 ppl. Phew! This tour is going crazy! Setlist 01. Dressed For Success 02. Sleeping In My Car 03. […]

Per Gessle reveals in an interview with Hallands Posten that “after Göteborg [concert #50], we still have 80 concerts to go” and that the tour will go on until August 2012. Read the full story...
Jul 25, 2011 •
Details
﻿
facebook.com/DailyRoxette

Per Gessle reveals in an interview with Hallands Posten that “after Göteborg [concert #50], we still have 80 concerts to go”. The tour will go on until August 2012.  “As soon as we leave a city, the tour promoter wants to book us again, which is the best feedback one can get”, tells Per to […]

New tour dates set, says Per, but he won’t reveal more at this point. Rox will continue the tour throughout August 2012!

Comment from Per Gessle Wonderful wonderful Copenhagen! Remember that song? What a splendid act of ScandinavianTogetherness we all took part of last nite (with a little help from the rest of the world). A superb WeatherGod fixed the perfect setting for this b-ful crowd of 25500 to enjoy themselves + this humble group of jesters […]

‘Team Marcel Jacobs’, a Dutch organisation raising money for more research into brain tumors, is auctioning an electric guitar that has been signed by many artists that performed at the Bospop festival in The Netherlands. Read the full story...
Jul 22, 2011 •
Details
﻿
facebook.com/RealPerGessle

Someone of you, a most generous person indeed, gave me the Senna-movie the other week. I saw it last night. What a great movie! Highly recommended even if you’re not that interested in racing. It’s really beautiful. Thanx for this great gift. Cheers, P.

Speak To Me next single in Germany

According to a short message from Per on Facebook the next Roxette single in Germany will be, as predicted, “Speak To Me”. Read the full story...
Jul 21, 2011 •
Details
﻿
facebook.com/DailyRoxette

[News] Speak To Me next single in Germany http://bit.ly/pLzBqY