﻿
There are now 24878 entries in ★ THE DAILY ROXETTE ARCHIVES! Check them out!
www.dailyroxette.com/archives
★ TDR Archive for June, 2011
﻿
facebook.com/DailyRoxette

The new greatest hits album, aptly named Greatest Hits, which will be released in the US July 26 has gotten its cover art. The picture used is from the Joyride sessions and has been used on a T-shirt and in the gatefold sleeve of the unreleased Joyride LP.

As you may know from The Daily Roxette article, EMI Music Sweden is going to release the box sets with the orginal, mostly Swedish albums of Marie Fredriksson, Per Gessle and Gyllene Tider on August 17th. Ginza.se has recently revealed the covers of the first two album sets (Marie & Per) and tracklisting for both. […]
Jun 29, 2011 •
Details
﻿
www.roxetteblog.com
Estonian fans to choose the local song in the official voting

It is the first time when the local tune played by Christoffer Lundquist just before “Joyride” is chosen in the very official way and supported by the organizators. Visit the Estonian gig promoter’s Facebook page FBI ConcertClub and if you know Estonian culture and songs, leave your vote there. You can still purchase tickets for […]
Jun 29, 2011 •
Details
﻿
www.roxetteblog.com
Finnish Parainen concert is sold-out

Swedish-speaking newspaper Åbo Underrättelser informs today that all 8,000 tickets for the first Finnish Roxette concert on this tour in Nordkalks mine in Parainen on July 16th are sold-out. Organizators of the gig would like to also point out that Roxette will not be the last artist this day, so they ask to come when […]
Jun 29, 2011 •
Details
﻿
www.roxetteblog.com
World Tour 2011: Ostrava, Czech Republic – June 27 #43

Comment from Per Gessle Landed in Ostrava after a couple of sunny days in Munich. Everyone’s excited, Chris is preparing a musical surprise, Clarence is not krank anymore, Pelle is still sleeping, Marie has finally answered her e-mails, Helena is out jogging and Magnus is watching Sound of Noise. I’m happy My Gosh!! Thanx for […]
Jun 29, 2011 •
Details
﻿
www.roxetteblog.com
The real thing: Cover for the “Greatest Hits” US edition!

Roxette Latinoamerica got hold of the cover artwork for the upcoming American best-of compilation. Here it is, based on an old (but still quite cool) “Joyride” booklet picture: Tracklist: 1. The Look 2. Dressed For Success 3. Listen To Your Heart 4. Dangerous 5. It Must Have Been Love 6. Joyride 7. Fading Like A […]
Jun 28, 2011 •
Details
﻿
TDR Tourography

Comment from Per Gessle Arrived in Ingolstadt! Just tried to the local dessert, some knödel-sort- of-dough-thing-with-jelly-in-the-middle. Weird. Lots of ppl here already. Gonna have fun tonite! Aaah yes Ingolstadt! Super duper gig tonight!!!! Everybody in extremely high spirits after the show. Chris had a field day, I (PG) loved every second of it. Thanx all […]
Jun 26, 2011 •
Details
﻿
TDR Tourography

Comment from Per Gessle Hallelujah! Midsummer’s Eve in Sweden but we found ourselves kickin’ ass in Neckarsulm, Germany instead! And boy, did we have a ball. Thanx everyone for singin’ along and enjoying these glorious three-chord songs. Wonderful video-clips are comin’ up shortly. Cheers. P&M Setlist 01. Dressed For Success 02. Sleeping In My Car […]
Jun 25, 2011 •
Details
﻿
TDR Tourography

Updated: we were informed that is a fake cover. Source: Roxette Latinoamerica
Jun 24, 2011 •
Details
﻿
www.roxetteblog.com
US Roxette’s Hits sampler

Roxette Latinoamerica informs about American Roxette sampler CD that was sent out to the US radio station. The album includes 2 radio IDs, SGNO single along with 4 Billboard’s no 1 and The Rox Medley from 2006. CUT 1 – Roxette Radio Promo #1 CUT 2 – Sh’s Got Nothing On (But The Radio) 3:34 […]
Jun 24, 2011 •
Details
﻿
TDR Discography 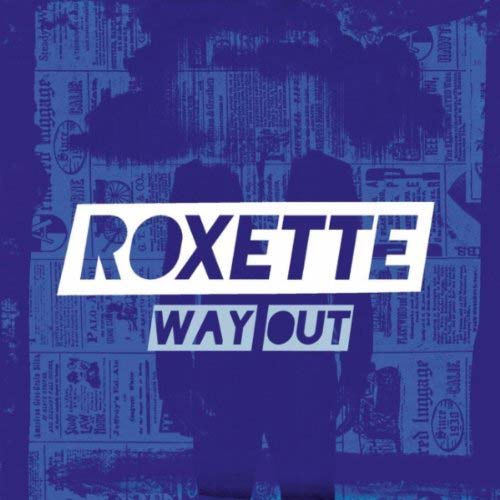 [News] In the sauna with Roxette: Hot rock in Warsaw http://bit.ly/mMseW9

In the sauna with Roxette: Hot rock in Warsaw

WARSAW – Take the marvellous performance by the band from this reporter’s article about the Roxette concert in Berlin…  Now take the part about the audience from the article about the Leipzig concert.  Read the full story...
Jun 22, 2011 •
Details
﻿
facebook.com/DailyRoxette

Touching moments: The Daily Roxette readers met Marie and Per

Comment from Per Gessle Oh yeah! Warsaw, my gosh what a gig!!!! And what a crowd! What have we done to deserve this???? Strange sound on stage but the who cares? We had a blast!!!! Thanx for a most memorable evening. See y’all very soon again. Accept no imitators! Love & Cheers from P & […]
Jun 20, 2011 •
Details
﻿
TDR Tourography

Some months we wrote about the album “Swedish Hitz Goes Metal”, which was released in May 2011 and includes metal covers of the biggest hits written by ABBA, Roxette and Ace Of Base. We received an email from Niclas Eliasson with the link to their newly released video to “The Look”. You can read more […]
Jun 17, 2011 •
Details
﻿
facebook.com/DailyRoxette

Leipzig is a city that has experienced several milestones of history. Gustaf II Adolf, a famous Swedish king, fought his final battle nearby, Napoleon got defeated here and more or less lately, the Leipzig “Monday demonstrations” lead to the re-unification of Germany. Read the full story...
Jun 17, 2011 •
Details
﻿
facebook.com/DailyRoxette

[News] Win a Meet & Greet with Roxette in Warsaw! http://bit.ly/k1bff8

Win a Meet & Greet with Roxette in Warsaw!

+++ Please be aware that this competion has ended in the meantime. Thanks to all of you who participated! See Read the full story...
Jun 17, 2011 •
Details
﻿
www.roxette.se
Win a meet and greet with Roxette!

The fansite DailyRoxette are running a competition for a chance to meet Per and Marie before the show in Warsaw, Poland - this Sunday!

Right before the show at the Tanzbrunnen in Cologne, Roxette and producers Christoffer Lundquist and Clarence Öfwerman received the golden award for 100,000 copies of Charm School in Germany. Congratulations again! Update: A short TV report to be found on YouTube. Update 2: Now the press release is out with the official photos! Update 3: […]
Jun 17, 2011 •
Details
﻿
www.roxetteblog.com
World Tour 2011: Cologne, Germany – June 16 #39

Comment from Per Gessle Oh Cologne! What a night!!! Great gig indeed. Super duper crowd and Marie in top shape. Broad daylight but it didn’t matter – we had a blast! Thanx a million everyone for showing up! How many were you? 11000? 12000? More? I dunno, doesn’t matter, we had a field day. Woohoo! […]
Jun 17, 2011 •
Details
﻿
facebook.com/RealPerGessle